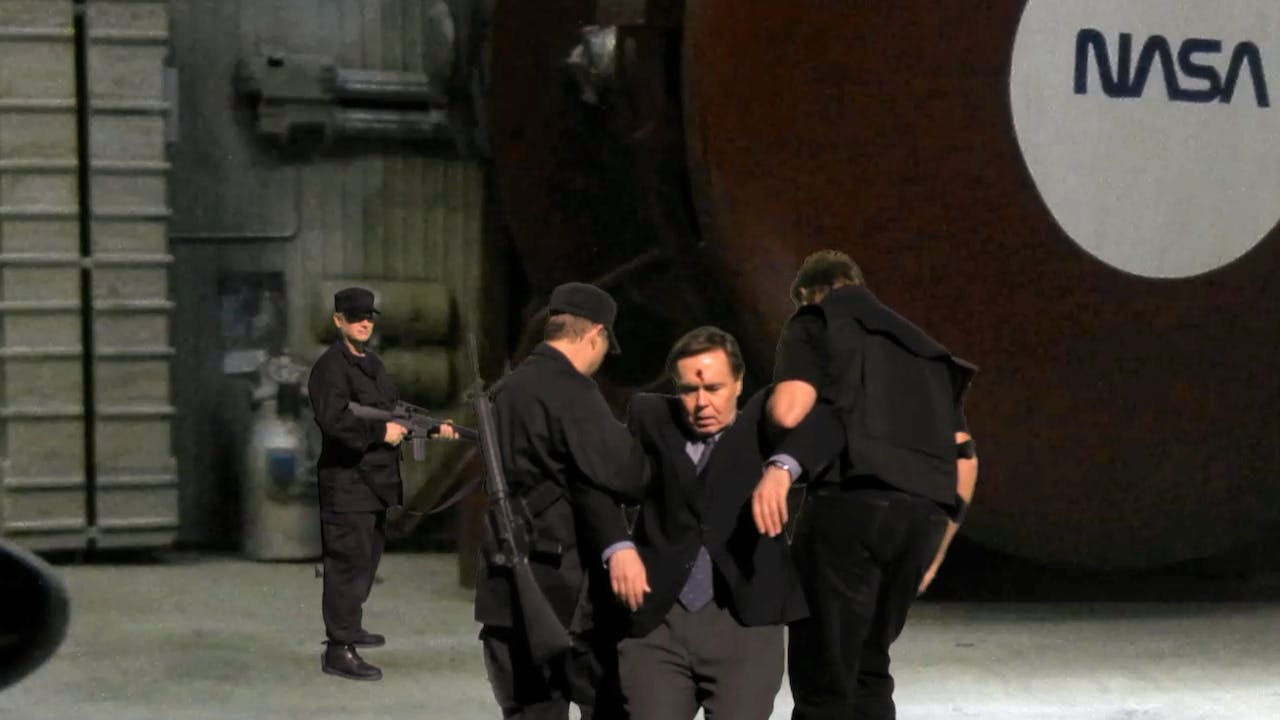 Paul was in Washington DC on 9/11/2001 making a documentary on the Bush White House. He stood in front of The Pentagon that dreadful day only to discover that no 757 hit the building. Knowing that The Pentagon story was not true, he knew the whole story must be a lie. Paul felt that it was his duty as a patriotic American to use his talents to make a movie that, in the words of A&E for 9/11 Truth leader Richard Gage, "could wake America up!"

Art Olivier was the Mayor of Bellflower, California and was Dick Cheney’s Libertarian opponent for Vice President in 2000. Because of Art’s political background, he understands how corrupt politics and the media are. Art used this background along with his two decades as an engineer in the aerospace industry and extensive research in the events of 9/11 to write the screenplay for such a compelling political thriller.

Paul also starred in the movie and Art was an extra in a few scenes. In the picture above, Art, on the right, drags Paul's lifeless body.